The Patrol function is under the direction of Patrol Commander. Our officers, divided among four squads, patrol Colerain Township on 12-hour shifts. Officers are supervised by Patrol Sergeants and designated Officers in Charge. The Patrol Commander monitors beat activity and makes necessary changes to provide exceptional service. 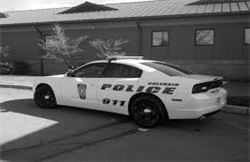 Officers working their beat take more ownership and take a more proactive approach in deterring crime and responding to the needs of the community.

Additionally, Colerain Township Police Department has recently implemented an Impact Squad to supplement the patrol squads. This squad focuses on problem-oriented policing techniques that can be flexibly implemented in a variety of situations based on need. The Impact Squad consists of a sergeant, OIC and a K9 Officer with an eye towards expanding in the future.

The Colerain Police Department utilizes a “problem-solving philosophy” to address the needs of the community.

On average, patrol officers respond to between 42,000 to 48,000 calls annually for service, which include dispatches from the Hamilton County Communications Center as well as from the Colerain Police Department. If a resident calls directly to the police department (513-321-COPS (2677)) there is no dispatch cost to the department because the dispatch comes from the in-house computer. If a resident calls the Hamilton County Dispatch Center the cost is $5 per call which is billed to the Police Department.